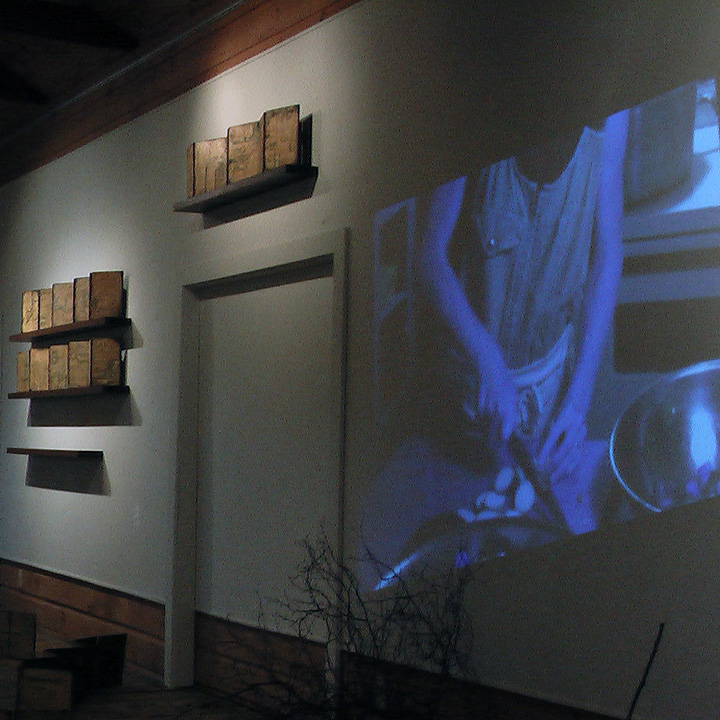 03 Mar Another Kind of Dance—One and Two

Another Kind of Dance, One & Two—Clip

Another Kind of Dance, One and Two

and his nets in a high sea, that is a another equally marvellous kind of dance.”

When creating Dancing in a Northern Kitchen I was drawn to the accordion form for the way it allowed me compose two-dimensional spaces. The horizontal flow of images and text gave a structure to my exploration of memory. And the stacking of chapters in groupings enabled me to highlight vertical links through dance steps. Acting on an impulse to explore the work’s sculptural potential, I installed the chapters on the floor. They seemed to want to move. Having Dancing in a Northern Kitchen dance in a short film seemed a natural progression.

Music Credits — Another Kind of Dance, One:

“Laces & Holes” and “Enigma of a Gumboot”

from the album These Are Our Shoes

composed and performed by Peggy Lee –cello and

with the kind permission of Peggy Lee and

from the album The Peggy Lee Band

with the kind permission of Peggy Lee.

This project was supported by the Ontario Arts Council.